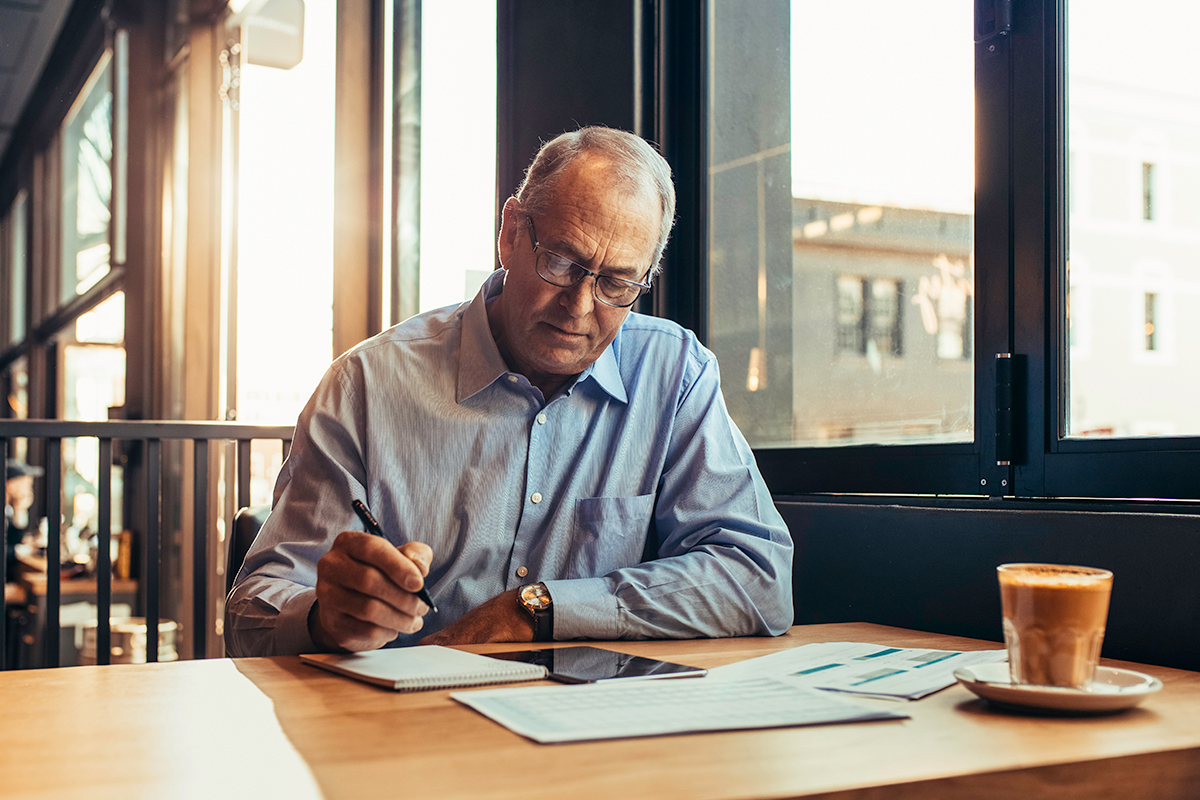 There has been a lot of talk about recessions lately. Whether one is near, far or perhaps already here. Whether we can or should try to avoid it. What it even means to be in a recession, and how it is related to current market turmoil.

To put market and recessionary concerns in perspective, it might help to describe six ways a recession resembles a bad mood. There are some intriguing similarities!

1. There Is No Precise Definition.

We all know what a bad mood feels like. But there is no clear definition for a nebulous mix of real and perceived setbacks, and how they are going to affect us.

Likewise, there is no single signal to tell us exactly when a recession is underway or when it is over. Instead, recessions can trigger and/or be triggered by a number of conditions connected in various fashions and to varying degrees. These usually include a declining Gross Domestic Product (GDP), along with rising unemployment, sinking consumer confidence, gloomy retail forecasts, disappointing corporate balance sheets, a bond yield curve inversion, stock market declines and similar combinations of objective and subjective events.

In the United States, the National Bureau of Economic Research (NBER) defines a recession as follows (emphasis ours):

“A recession is a significant decline in economic activity that is spread across the economy and that lasts for more than a few months.”

Rather vague, is it not? That is intentionally done. Similarly, the World Bank Group has stated, “Despite the interest in global recessions, the term does not have a widely accepted definition.”

2. You Usually Cannot Spot One Except in Hindsight.

How do you know when you are in a bad mood? Often, you do not know until you are looking back at it.

Recessions are similar. Since a widespread downturn must linger for a while before it even qualifies as a recession, the NBER only declares one after it is underway. For example, in July 2020, the NBER announced we would be in a recession for two months between February to April 2020. This was triggered, of course, by the abrupt arrival of the global pandemic. It was the shortest U.S. recession to date, and already over by the time we officially acknowledged it.

3. Sometimes, We Get Stuck for a While.

Hopefully, your bad moods come and go, resulting in more good times than bad. But sometimes, one misfortune feeds another until you feel gridlocked. It may take a while before improved conditions, a more upbeat attitude, or a blend of both help you move forward.

In similar fashion, recessions can become a self-fulfilling prophecy. As Nobel Laureate and Yale economist Robert Shiller describes, “The fear can lead to the actuality,” in which (for example) economic conditions might feed inflation, which inverts the bond yield curve, which signals a recession, which shakes corporate and consumer confidence, which leads to unfortunate reactions that further aggravate the challenges. And so on. When this occurs, a recession and its related financial fallout may last longer than the underlying economics alone might suggest.

It is never fun to be in a bad mood, but we can all agree they are part of life. It would be unhealthy, exhausting even, if we were endlessly giddy every minute of every day.

Similarly, nobody celebrates a recession. But it helps to recognize they are not aberrations; they are part of natural economic cycles. And while they may not be anyone’s favorite tool for the job, they can sometimes help rein in runaway spending, earning, and pricing for companies, consumers and creditors alike.

For example, in our current climate, we may enter into a recession (or already be in one) as a byproduct of the interest rate increases, aimed at warding off rising inflation, amidst the backdrop of lingering COVID-19 supply side issues and global economic sanctions against Russia. If we can avoid a recession, all the better. But if it is going to take a modest one to reduce inflation, it may be the preferred, if challenging choice at this time.

When we are youngsters, we have little perspective to help us realize we will not be miserable forever just because we are unhappy in the moment. No wonder we give it our all, every time. As we mature, we learn to temper our moods, and/or seek support if we do get stuck in a rut.

The same can be said about recessions, and similar challenges. It has been more than a decade since the Great Recession; and more than 40 years since the U.S. last experienced steep inflation. As such, many investors have had little first-hand experience managing such turbulent times.

It may help to acknowledge we have been here before. While commenting on the most recent two-month recession in 2020, “A Wealth of Common Sense” blogger Ben Carlson lists nearly three dozen distinct U.S. recessions dating back to the 1850s, with an average length of 17 months. Some were considerably longer. We endured a series of years-long recessions during the era of the Civil War in the mid to late 1800s. Then there was the Great Depression from 1929–1939. (1)

It also helps to remember that every recession has eventually ended, with economies and markets thriving thereafter. As Dimensional Fund Advisors shows us, one, three and five-year average cumulative returns after significant U.S. stock market declines dating back to July 1926 have all been positive, rewarding investors who placed their faith in future expected returns. Since markets are ultimately driven by the underlying growth in global commerce, we can expect similar aggregate performance moving forward in domestic and international markets alike.

Consider these words of wisdom from one of the most experienced investors of all, Warren Buffett, in his 2012 Berkshire Hathaway shareholders letter (emphasis ours):

“Periodic setbacks will occur, yes, but investors and (business) managers are in a game that is heavily stacked in their favor. … Since the basic game is so favorable, Charlie (Munger) and I believe it’s a terrible mistake to try to dance in and out of it based upon the turn of tarot cards, the predictions of ‘experts,’ or the ebb and flow of business activity. The risks of being out of the game are huge compared to the risks of being in it.”

6. You Cannot Change Others, But You Can Change Yourself.

When you are in a funk, it does not matter whether it is due to one or many unfortunate events, or “just because.” There is ultimately only one person who can change your mood, and that is you.

The same is true for your response to recessions, bear markets and other external events standing between you and your financial wellbeing. Life is filled with causes and effects over which we have no control, especially with respect to our investments. And yet, there are many small, but mighty acts we can take to contribute to the positive outcomes we wish to see in our homes, our nation, and the world. We can manage our household budgets. We can show up for work (or perhaps volunteer in retirement). We can be loving family members, engaged citizens and generous donors to the causes we hold dear.

And, we can invest wisely. This means taking charge of your personal wealth by focusing on the drivers you can control, and ignoring the greater forces you cannot.

Last and hardly least: It is very hard to change the world. But you can always change yourself. Sometimes all it takes is a shift in sentiment to seize your next best move. As always, we are available to assist with that in any way we can. Call us anytime during our regular business hours at (833) 546-7228.

This post was prepared and first distributed by Wendy J. Cook.

Impact Advisors Group LLC (“[IAG]”) is a registered investment advisor offering advisory services in the State of Massachusetts and in other jurisdictions where exempted. Registration does not imply a certain level of skill or training. The information on this site is not intended as tax, accounting or legal advice, as an offer or solicitation of an offer to buy or sell, or as an endorsement of any company, security, fund, or other securities or non-securities offering. This information should not be relied upon as the sole factor in an investment making decision. Past performance is no indication of future results. Investment in securities involves significant risk and has the potential for partial or complete loss of funds invested. It should not be assumed that any recommendations made will be profitable or equal any performance noted on this site. The information on this site is provided “AS IS” and without warranties of any kind either express or implied. To the fullest extent permissible pursuant to applicable laws, Impact Advisors Group disclaims all warranties, express or implied, including, but not limited to, implied warranties of merchantability, non-infringement, and suitability for a particular purpose. IAG does not warrant that the information on this site will be free from error. Your use of the information is at your sole risk. Under no circumstances shall IAG be liable for any direct, indirect, special or consequential damages that result from the use of, or the inability to use, the information provided on this site, even if IAG or a IAG authorized representative has been advised of the possibility of such damages. Information contained on this site should not be considered a solicitation to buy, an offer to sell, or a recommendation of any security in any jurisdiction where such offer, solicitation, or recommendation would be unlawful or unauthorized. 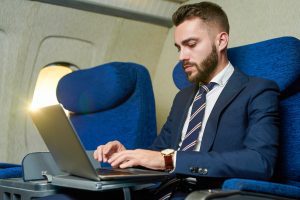 Innovation and the Investor

The benefits of innovation and ingenuity are widely dispersed throughout the economy, often in unpredictable ways. 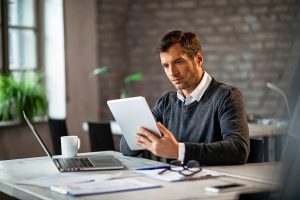 Reviewing estate planning documents is an important exercise, but it can be a daunting task that is tedious and even confusing at times. 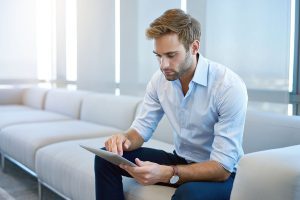 The markets had a fairly dramatic turnaround this July, even as national and global headlines remained relatively bleak. 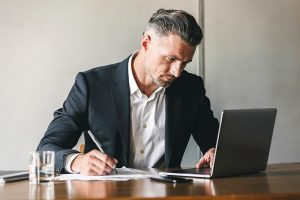 Issues To Consider When Dealing With High Inflation

A topic that has been consistently making headlines is inflation, and you are likely wondering how you should take action.